Headstrong and eccentric, Satie consciously distanced himself from the Romantic traditions of the nineteenth century. His three miniatures for piano "Gymnopédies" are the first testimony to his idea of a "New Simplicity": repetitive, steady rhythms that are reminiscent of ancient cult dances have their very own meditative charm. Saties principle of stringing together musical units rather than forcing them to develop later proved groundbreaking for many musical movements of the twentieth century. Satie would certainly have appreciated the balanced print image of our Urtext edition, as he took pleasure in the visual design of his musical scores. This Henle urtext edition contains Satie's three Gymnopedies. Oxgyen Music stocks a range of classical piano favorities for players of all levels including the popular Gymnopedies by Erik Satie. 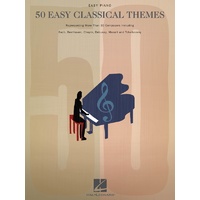