The US-2x2 is a 2-in/2-out USB interface, bus powered from your Mac or Windows computer. A pair of Ultra-HDDA mic preamps provide up to 57dB of gain and the best noise and distortion specs in their class. The audio design features high-performance, musical components like NE5532 op amps for rich sound quality without coloring the source. Class-compliant drivers enable use with tablets like the iPad when using an optional power supply.

The US-2x2’s all-aluminum case features a pair of “bio-cell” side panels. In addition to their striking design, the side panels ergonomically angle the interface towards you to make the switches and knobs easier to read on a desktop. The US-2x2 includes MIDI in and out, balanced audio outputs, a headphone amp, and two DAW applications to choose from – both Cakewalk SONAR X3 LE and Abelton Live Lite 9. Included with the software are dozens of plug-in instruments, effects, and loops to get you started.

Also included is the TM-80, a condenser microphone ideal for vocals, drums, and acoustic instruments. The TM-80 includes a shockmount and desktop stand. The TH-02 closed-back headphones provide isolation while recording and a great reference during mixdown.
For a street price under $200, the TASCAM TRACKPACK 2x2 is the perfect way to launch your computer-recording studio. 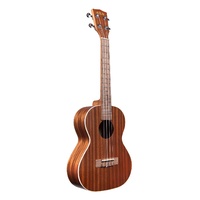 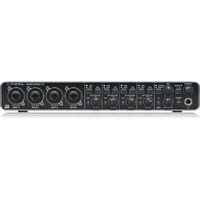