Over the course of ’69–’70, Jimi Hendrix appeared at his most noted live appearances—Live at Woodstock, Live at Berkeley, and Live at the Fillmore East—using a mysterious red Fuzz Face Distortion with white knobs. That fuzz box sounded like a completely different animal from any of the other Fuzz Face pedals in Jimi’s arsenal, snarling with a far more aggressive, biting tone.

Oxygen Music is proud to stock a wide range of Dunlop's effects pedals, including the Band Of Gypsys Fuzz Face Fuzz Pedal. 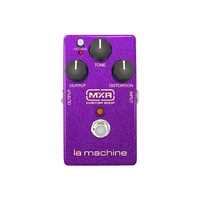